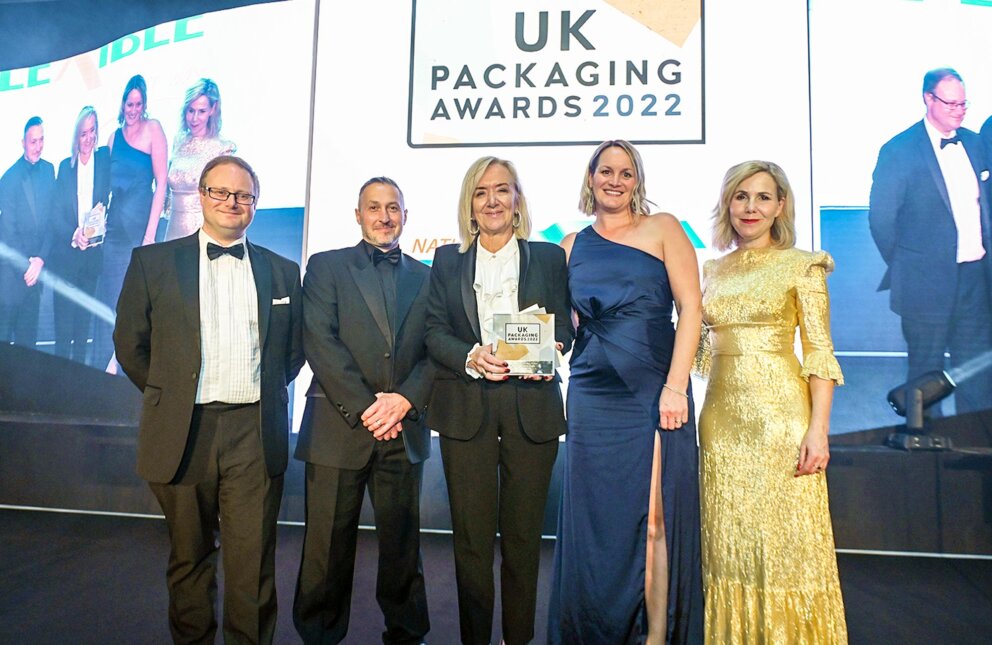 Two additional Stoelzle Flaconnage bottles were shortlisted in the category of Glass Pack of the Year category.

Dragon Slayer Gin is recognized as the winner in the category of best packaging of a new product at UK Packaging Awards 2022. The Dragon Slayer Distillery Gin bottles are manufactured at Stoelzle Flaconnage in Knottingley, UK.

The bottle design and gin, which is created from locally sourced ingredients and medieval spa water, are rooted in the story of culture and heritage of dragon slayer folklore. The North East UK is full of folklore stories, songs and lore which go back often beyond record. The Dragon Slayer Distillery is located in Sockburn Hall, the home of Sir John Conyers, a famed dragon slayer.

Two other Stoelzle Flaconnage’s Knottingley-manufactured bottles were nominated for the prestigious UK Packaging Awards. The Spirit of One Gin (Global Ethics Liquor Co.) and Kirkjuvagr Gin (Orkney Distilling) were both nominated in the Glass Pack of the Year: Spirits, Perfume and Cosmetics category.

The Stoelzle Flaconnage Design team worked closely with all three of the nominated and winning customers to support the design of the bottles, and in some cases even the closures for the bottles, as such was the case with Dragon Slayer Gin bottle.

These awards celebrate the innovative packaging, people, and businesses that make up the UK packaging industry. The competition has become the biggest party in the sector’s calendar, bringing together more than 700 people for a glamorous dinner and a prestigious awards event judged by the most influential packaging buyers and specifiers in the market.

This year the Grosvenor House Hotel in London’s Park Lane was site to the memorable event on October 19, 2022.

The Stoelzle team proudly accepts the recognition at the best of luxury packaging awards, the UK Packaging Awards.