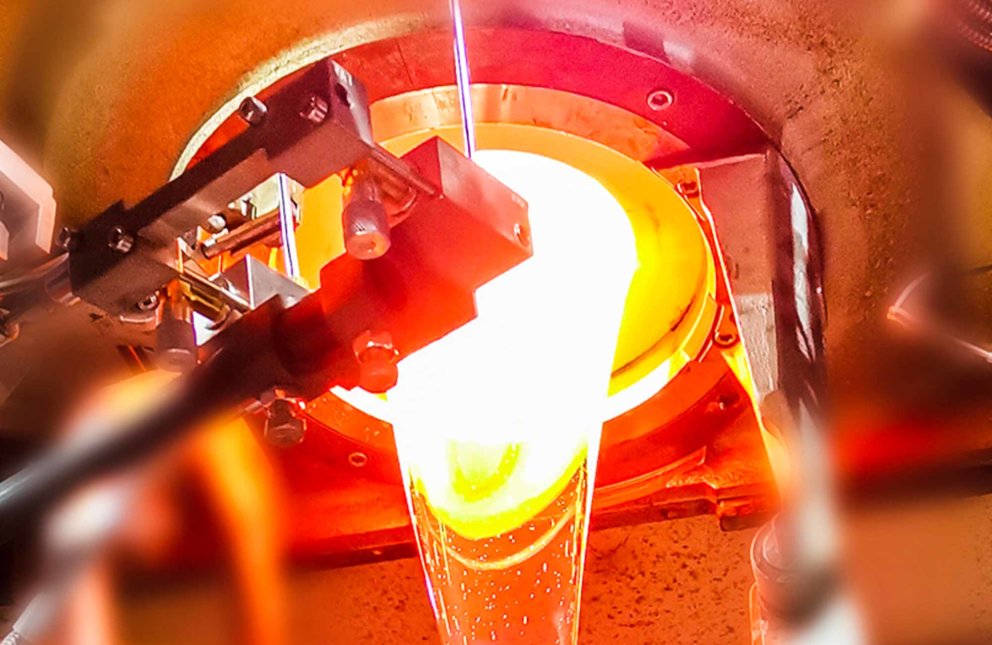 An important step for the Masnières factory and its 338 employees. The new furnace came into service on 8 January 2021 and the addition of a 5th line will continue to reduce environmental impact while improving productivity.

“Despite the pandemic, Stoelzle Glass Group did not hesitate to invest € 20 million in the French Masnières factory, which is dedicated to the manufacturing of luxury perfumes and cosmetics. The new furnace will enable an increase in annual production capacity by more than 30%, to more than 100 tonnes. A positive message for our teams and our customers, mostly European and American. With the support of Dr. Cornelius Grupp, owner of Stoelzle Glass Group, these investments will enable us to significantly improve our position in this prestigious market in the coming years,” says Etienne Gruyez.

Etienne Gruyez joined the group in 2014 and was appointed Chief Executive Officer in May 2015, then Chairman and Chief Executive Officer in April 2018 of the two factories Stoelzle Masnières Parfumerie and Stoelzle Masnières Decoration. He is also in charge of the group’s Perfumery and Cosmetics Business Unit. This position gives him a transversal view and action on all the group’s factories.

The Perfumes and Cosmetics Business Unit currently represents 18% of the group’s turnover.

“In 2020, an extremely difficult year for all industries, the right decisions were taken in Masnières by shutting down production during the 2 summer months and then scheduling the reconstruction of the furnace at the end of the year. The effects of the crisis were thus limited. We kept in touch with our customers, suppliers and employees through videoconferences…

At the beginning of 2021, we lack visibility but with the teams, we are ready to take up the new challenges of our clients. Our commitment in terms of Flexibility, Agility, Reactivity, remains as relevant as ever. In fact, we have made the 3 initials of these words our slogan “F.A;R” with them, we will always go further in our support! We must be able to continue to adapt and react ever more quickly to their needs. One example among others, we can produce prototypes in 4 weeks. Today, we must accept to work on a weekly basis. If the perfumery sector has been very affected, the cosmetics sector has held up rather well. Thanks to the addition of the 5th line, we will be able to strengthen our position in this segment” says E.G.

Stoelzle Glass Group was awarded the ECOVADIS GOLD medal in 2020, an important recognition of the group’s efforts and measures, which have been constantly evolving in the field of CSR for several years. In fact, the PCR (Post Consumer Recycled) offer, innovative decors such as Tigital and Quali Glass Coat already allow a 77% reduction of CO2 compared to traditional lacquering. With a proposed tool such as Simapro and/or other measuring techniques, customers can take the right options. New innovation and sustainability projects are being studied, continuing to develop partnerships with other suppliers and joining professional bodies to meet and share with glass industry players. Stoelzle is one of the most advanced companies in this market in terms of CSR.

Stoelzle is also a member of FEVE, which aims to boost glass collection and recycling by increasing the recycling rate in the European Union to 90% by 2030. This initiative is a proactive response to the new European ambitions and rules.

Stoelzle Masnières Parfumerie SAS celebrated its 200th anniversary in 2018 and was awarded the Entreprise du Patrimoine Vivant label the same year. A know-how recognized at its true value by customers around the world and a great pride for the employees.

In 2021 Stoelzle Masnières Parfumerie is giving itself the means to achieve its ambitions by being well anchored in the values of French tradition while being at the forefront of the initiatives of the future.