Celebrating the new and expanded furnace at STC Stoelzle has set up one of the largest furnaces in Europe

On July 13, Stoelzle Częstochowa celebrated the successful rebuild and expansion of its flint furnace, a project, which was completed in the impressively short time of 11 weeks. The last brick of the furnace was symbolically set during a solemn celebration, including a press conference. The new, expanded furnace will reach a production capacity of 480 tons per day and will be provided with three, more efficient and faster production lines. The total investment amounts to 45 mio EUR (200 mio PLN) and turns the melting output at Stoelzle Częstochowa more efficient by 45%. State-of-the-art melting technology will reduce the amount of energy used in the melting process by at least 10% per ton of glass. Improved E-boosting allows to use more green electricity in a flexible way in order to reduce the consumption of natural gas.

“The construction of the new furnace was completed in less than 80 days – It was a lot of work, challenges and experiences for our team, which handled the whole project very well thanks to excellent planning over the past 2 years. I would like to thank all of them for their commitment! Several hundred people helped to ensure that the investment went according to plan, and above all, adhered to the highest safety standards. In the next two weeks we will commission the technological infrastructure of the furnace, so that at the end of July it will resume full operation”, says Artur Wołoszyn, CEO of Stoelzle Częstochowa.

“This furnace with the increased capacity enables our Glass Group to service the Prestige Spirits market segment. We see a growing demand and want to address that with the additional capacity. In combination with a new printing machine in our decoration department we will be able to fulfill our customers’ needs for decorated glass bottles out of one hand”, added August Grupp, Head of Business Unit Spirits.

With the investment into a new glass furnace and three new production lines at the Polish site Stoelzle Częstochowa, the Glass Group reached another milestone in its long term growth strategy. In 2021 already, the new Logistics Centre was opened and in March 2022 a new high speed spraying line was installed at Stoelzle Częstochowa in order to increase the product portfolio of decoration both for current customers, and new ones. 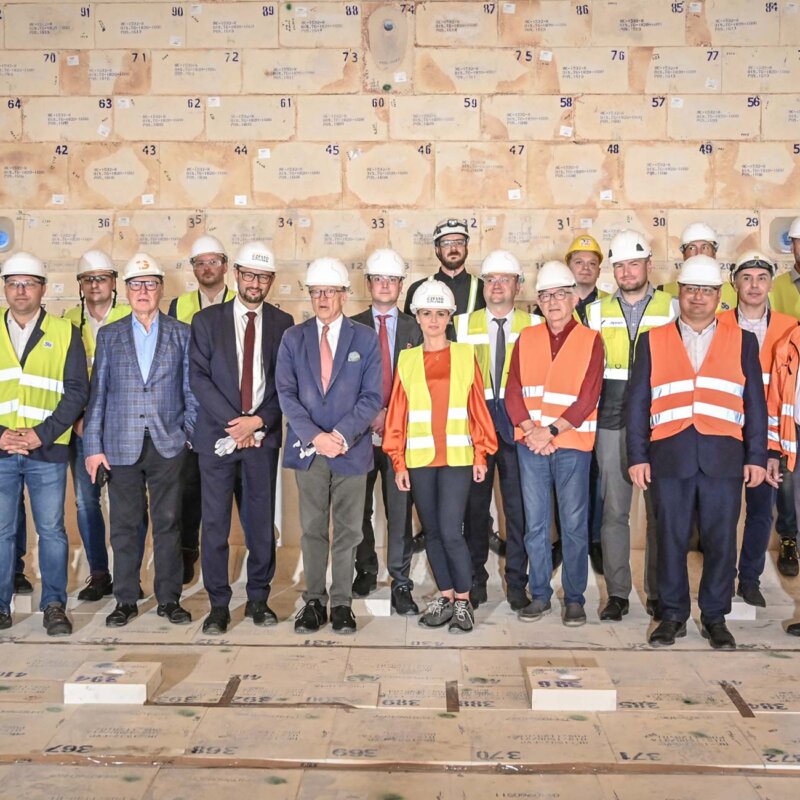 Stoelzle team and guests inside the new furnace